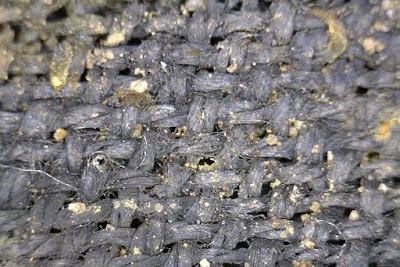 Posted by bellbeakerblogger at 1:56 PM 3 comments:
Email ThisBlogThis!Share to TwitterShare to FacebookShare to Pinterest

Moonmen from Far Away?

What genders were the primary solar and lunar deities of the Bell Beaker Culture?

It's generally agreed that among the gods worshiped by PIE's, two prominent gods were a solar goddess (*suh2lio-) and a lunar god (*Meh1not-).  These assignments were in opposition to the Mediterranean Basin where gender roles of the sun and moon were reversed, and different from the basque religion which apparently lacked opposing genders in favor of female celestial deities.

Proto-historical descriptions of the far north and northwest raise the possibility that this region at one time concentrated attention toward a feminine solar figure.  Because of the implications of steppe-like ancestry, let's re-examine the gendered artifacts that suggest celestial dualism.

It is only with men where we find the bone-colored, lunar pendants associated with many Continental European Beakers.  In previous posts, Greek mythology was used to interpret their suggestive values because it is better attested.  And while the attributes are sensible, there is some residual evidence that the original Proto-Greek moon god was instead male.  Do these masculine tusk artifacts point to the veneration of a god?

Is the down-facing position of these tusks in someway suggestive?  Maybe not, but have a look at the inverted, feminine lunulae and then compare to the representation of the goddess Nut and her consort, Geb.


Solar-boat lunulae were probably worn by women due to their geographical opposition to jet-bead lunulae in Britain.  At least in the far north of Europe, it might make more sense to see a goddess driving a solar-boat full of dead people than a male god like Ra.  Plus, we have many respectable warriors buried with the complete "man's room" - never this golden boat.

Excluding men's basket earrings*, the later golden solar hats and cape of the EMBA appear to be associated with women based on body and head sizes.  Though the phallic hats would seem rude for goddess worship, as Sulis was patroness of fertility, rude may have been the order of business.

The metaphor of the wolf-tooth necklaces might make a little more sense when looking at wolf-teeth and bi-valve spring shell necklaces of Corded Ware women (might she be associated with springs like Bath?).  Maybe a more direct understanding of these necklaces could be made with Saule from the Baltic religions.  All this is just food for thought.  There's a lot of contradictions that can be seen.

*Until another idea takes its place, I proposed the idea that basket earrings were attached to quills.  Based on the shaped of the missing Kirkhaugh half, raptor quills that men wore in their headband.
I have no idea what that means.
Posted by bellbeakerblogger at 11:16 AM 9 comments:
Email ThisBlogThis!Share to TwitterShare to FacebookShare to Pinterest
Newer Posts Older Posts Home
Subscribe to: Posts (Atom)