Caroline Erolin, quoted by the BBC, said: "Once we built the basic shape of his face we then looked at historical data to get a better idea of how a man would have looked at that time. For instance, we know they had the ability to shave."

I believe the carbon dates broadcast by news outlets (2460-2140 b.c.) are calibrated dates for the same GU-1117 in the Canmore database and referenced in a paper by Allison Sheridan, "Scottish Beaker dates: the good, the bad and the ugly".  In other words, he'd be among the earliest British Beakers.  Also, the right side of page 96 will give you something to anticipate as more Beaker and CW genomes are revealed (I'm personally curious of how 'Eastern' the Eastern Scottish Beakers will be and how this is reflected in modern Scots).

Posted by bellbeakerblogger at 3:33 PM 5 comments:
Email ThisBlogThis!Share to TwitterShare to FacebookShare to Pinterest 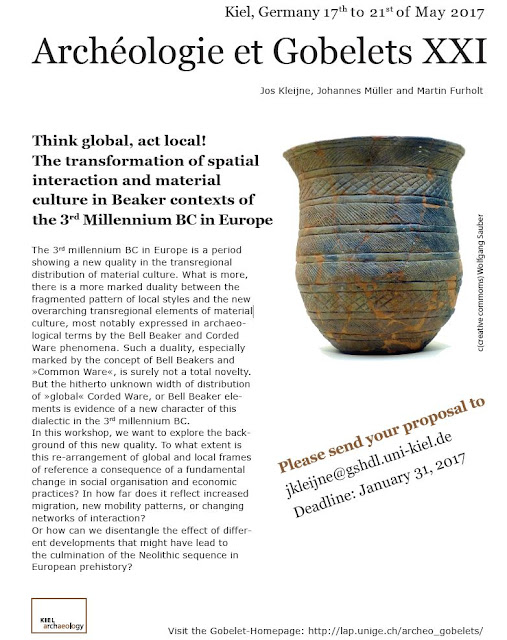 Posted by bellbeakerblogger at 9:24 AM 7 comments:
Email ThisBlogThis!Share to TwitterShare to FacebookShare to Pinterest
Newer Posts Older Posts Home
Subscribe to: Posts (Atom)