Kristiansen et al, 2017, endorsed and elaborated on the hypothesis that Proto-Germanic was born in the traditional North Sea urheimat as an intermingling between the likely IE-speaking Corded Ware/Battle Axe Culture and the local, non-IE speaking Funnelbeaker farmers, among others.

This older linguistic hypothesis posits that Germanic words without clear etymologies are probably not IE and that the early sound shift in Proto-Germanic is the influence of a native tongue.  Since IE daughter languages generally have native substrates, it is reasonable that PtG borrowed as well.


While the core intent of the Kristiansen paper is focused on the genetic influence of the PtG and PIE homelands, I think identifying the Corded Ware as the prime linguistic ancestor of the people who would become proto-Germans is problematic for a host of reasons. The Germanic substrate hypothesis is vital to this, and yet it continues to be pruned back from its former status as 'an explanation for everything weird in Germanic'.

Also important to this augmented hypothesis is an outdated linguistic phylogeny stuffing Centum Germanic into a North European node with Balto-Slavic, which I'm not sure even the most bug-eyed lumper would support today.

Rather than review a host of supporting facts evenhandedly, I'll just throw darts at this narrative. If you disagree, tell me why.

1. Proto-Germanic is descended from a squarely centum language, sufficiently removed from the cultural zone of Balto-Slavic and Indo-Aryan. It would become necessary to say that satemization partially baked the eastern half on the Corded Ware nation, not the western half, after CW had spread into the continent.

But if Tocharian is descended from the language of the Afanasievo Culture (Yamnaya, jr.), then it would be a remarkable coincidence that the isogloss just happens to stop at the point where lineages commonly associate with the Corded Ware nation and its descendants transitions to that of languages and lineages associated with centumization and R1b.  (Also since publishing this post, a number of early historical German tribes have been sampled and unsurprisingly, are very R1b and very Western)

2. Here's a problem regarding the Nordic Bronze Age origin that can be summarized in a single axiomatic statement. When Bell Beakers existed near other human beings, even as small minorities, the Bell Beaker cultural expression and posture is always dominant, without exception. I think this is especially true with the development of the Nordic Bronze Age and the maritime culture emphasis.

So we would have to accept that Beaker language, while present and plausibly Centum, did not permanently influence this area, but that a "Centum" Corded Ware language did.

3. But it might not matter anyway. A more refined understanding of Proto-Germanic by specialists has shown that 'germanisms' are part of a natural linguistic process over a long period of time. Some of the most identifiable characteristics of parental proto-German may be rather late.

The point is that these changes didn't happen in a decade or a hundred year period or something. They happened gradually and that that inertia continued after the breakup of proto-German and continues today, self-stimulated.

4.  Like the probable spread of Celtic in Late Bronze Age/Early Iron Age Britain, it may disappoint a lot of Germanic language speakers if the origin and spread of proto-Germanic is no older than the Jastorf Culture in which elite speakers dominated a region of archaic tongues prior to the first millennium.

This doesn't mean that Germanic is not native to the region.  Germanic certainly broke off the mother tongue in its own right and it absolutely makes sense that it dwelled in a North Sea linguistic bubble for a long time.  It may even be the case that a host of para-pre-proto-germanic (!) languages existed in the region.

What doesn't jive is that break-up of actual proto-Germanic is just too late to envision a wide-spread "Germanic proto-nation". Somebody's axe-wielding elite dominated somebody else recently. Jastorf looks red-handed in all of this - timing, language influences, directionality.

Here's a very short chapter "The Sea and Bronze Age Transformations" by Prescott, Sand-Eriksen and Austvoll in Water and Power in Past Societies (Emily Holt, 2018)

Posted by bellbeakerblogger at 11:05 AM 11 comments:
Email ThisBlogThis!Share to TwitterShare to FacebookShare to Pinterest

We come in peace! 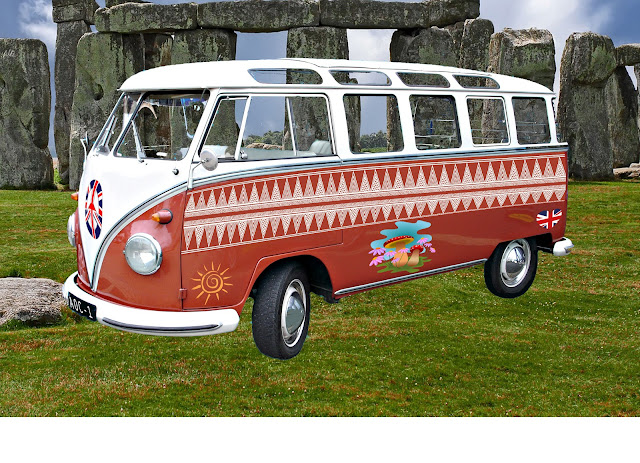 Still working on the Beakerbus.  Hope you like the front license plate.

Beakerblog is almost back in the saddle.
Posted by bellbeakerblogger at 2:29 PM 2 comments:
Email ThisBlogThis!Share to TwitterShare to FacebookShare to Pinterest
Newer Posts Older Posts Home
Subscribe to: Posts (Atom)