I've had a chance to look at this and the paper referenced below by Hervella et al, essentially analyzes results from Paternanbidea and Cascajos in 2012.  You can find that paper [here]. 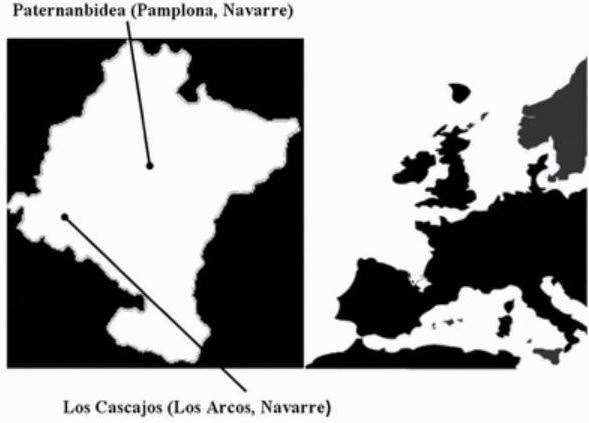 I'm going to peck at this little by little throughout the day.  I planned to shred the 2012 Hervella et al paper at a later time, but it looks like Hervella, Izagirre, Alonso & Fregel have forced my hand.

Let me say from the outset, it is not the Hervella results that bother me.  It is that their results are controversial and problematic.  It would be nice to be able to look back at our freshly excavated, viable and invincibly provenanced and attributed remains with a great deal of confidence.

For example, we could look at La Braña and feel confident about his 1) material culture 2) stratification and age 3) his weird results that effectively eliminate contamination 4) his recent excavation 5) viability of remains 6) high resolution testing.  This gives us confidence that La Brana accurately represents what some, or most, Northwest Iberians looked like before the advent of agriculture.

The Hervella results leave me with a lot of questions.  Why do we have radically different, partially contemporaneous funerary traditions within forty miles of each other?  Why do we have surprisingly modern results?  Why were severely deteriorated remains selected for sampling?  Given the fact that the Iberian Early Neolithic is a mine field of problems, are we prepared to ascribe profiles to certain populations?

I've already commented about the results from Pasiega and La Chora and why it is unlikely that the entire continent of Europe had characteristically Mesolithic DNA, followed by characteristically Byblian Neolithic Farmer DNA (including Iberia), but Iberia was still a glacial refuge for large chunks of maternal haplogroup H?

There is little question that major clade frequencies of Europe expanded from Iberia.  This most likely happened because of Iberian Beaker immigration into Europe.  It's also possible, to a degree, that major subclades such as H1, H3 and V were present in Iberia in the Early Neolithic, so I'm not discounting the various possibilities.