I'll go ahead and give a little background to what all this means, at least to me.  As you read, keep two things in mind.  1)  These individuals PCA practically within the same hula-hoop as individuals in modern North Iraq and Armenia.  2)  The mtdna haplogroups show something not typical of contemporaneous, culturally Bell Beaker graves.

Before the emergence of the Bell Beaker Culture (BBC) in Southwestern Iberia (where it appears first), the Iberian Peninsula was already effectively in its Chalcolithic.  Pre-Bell Beaker Iberia was a diverse place.

One interesting group, little understood, was the Almerian Culture, which may be related to a few other poorly defined cultures.  These people seem to have had connections with the Syrian highlands, but not many connections with Cardial or other Neolithic peoples.  They may have spread up the Atlantic coast, but they may not have been a single cohesive population either.  They may have spawned similar cultures in British Islands, Sardinia and the tip of France.  They also remained distinct from the Megalithic peoples that had probably originated from North Africa earlier in the Neolithic.

These "Almerians" did a number of very Near Eastern things.  They built Tholoi, worshipped the same "Eye Idols" and had a very similar material culture.  Guttural singing and good acoustics may have been important to them. Some of the elephant ivory they used were imports of the Syrian Elephant.

As one comparison, and Iberia occulo and a Syrian one:


The authors speculate that these maternal lineages may be associated with a Megalithic substrate, and they may well be, but I don't see any evidence for that in North Africa (as I assume Megalithism entered Western Europe from there).  I'd guess that what we are looking at in the haplogroup chart below is something uniquely pointing to a more recent maritime migration from the Northern Middle East.

I'm surprised that the El Mirador people PCA cluster so close to Rossen and other similar Neolithic groups.  But there may be reasons for this that need further exploration.  It may be that what El Mirador and Rossen have in common is what they don't have by comparision.  In other words, Middle Neolithic people and Non-Beaker Iberians may not have the components indicative of later PIE migrations, whereas almost all modern humans in the region have some or a lot.  So maybe they are not that similar.  I don't see any reason to think they would be, either by haplogroup frequency or culture, because they seem very different.

One problem I see though, is that in comparing Rossen and later Baalberg, both had intrusive elements and may not have been unified ethnic cultures.  The few individuals tested to date may not be an accurate representation of the population.  Just food for thought.

I don't know what the material culture of the El Mirador people were; it may have been something typical of the Meseta at that time.  Whether or not these people were Almerian culturally, so to speak, is really irrelevant.  As far as I'm concerned, somebody, somewhere in Iberia at that time had recently immigrated from the Near East in the 4th millenium based on material culture.  Someone's dna should show this.


Abstract
Previous mitochondrial DNA analyses on ancient European remains have suggested that the current distribution of haplogroup H was modeled by the expansion of the Bell Beaker culture (ca 4,500–4,050 years BP) out of Iberia during the Chalcolithic period. However, little is known on the genetic composition of contemporaneous Iberian populations that do not carry the archaeological tool kit defining this culture. Here we have retrieved mitochondrial DNA (mtDNA) sequences from 19 individuals from a Chalcolithic sample from El Mirador cave in Spain, dated to 4,760–4,200 years BP and we have analyzed the haplogroup composition in the context of modern and ancient populations. Regarding extant African, Asian and European populations, El Mirador shows affinities with Near Eastern groups. In different analyses with other ancient samples, El Mirador clusters with Middle and Late Neolithic populations from Germany, belonging to the Ro¨ssen, the Salzmu¨nde and the Baalberge archaeological cultures but not with contemporaneous Bell Beakers. Our analyses support the existence of a common genetic signal between Western and Central Europe during the Middle and Late Neolithic and
points to a heterogeneous genetic landscape among Chalcolithic groups. 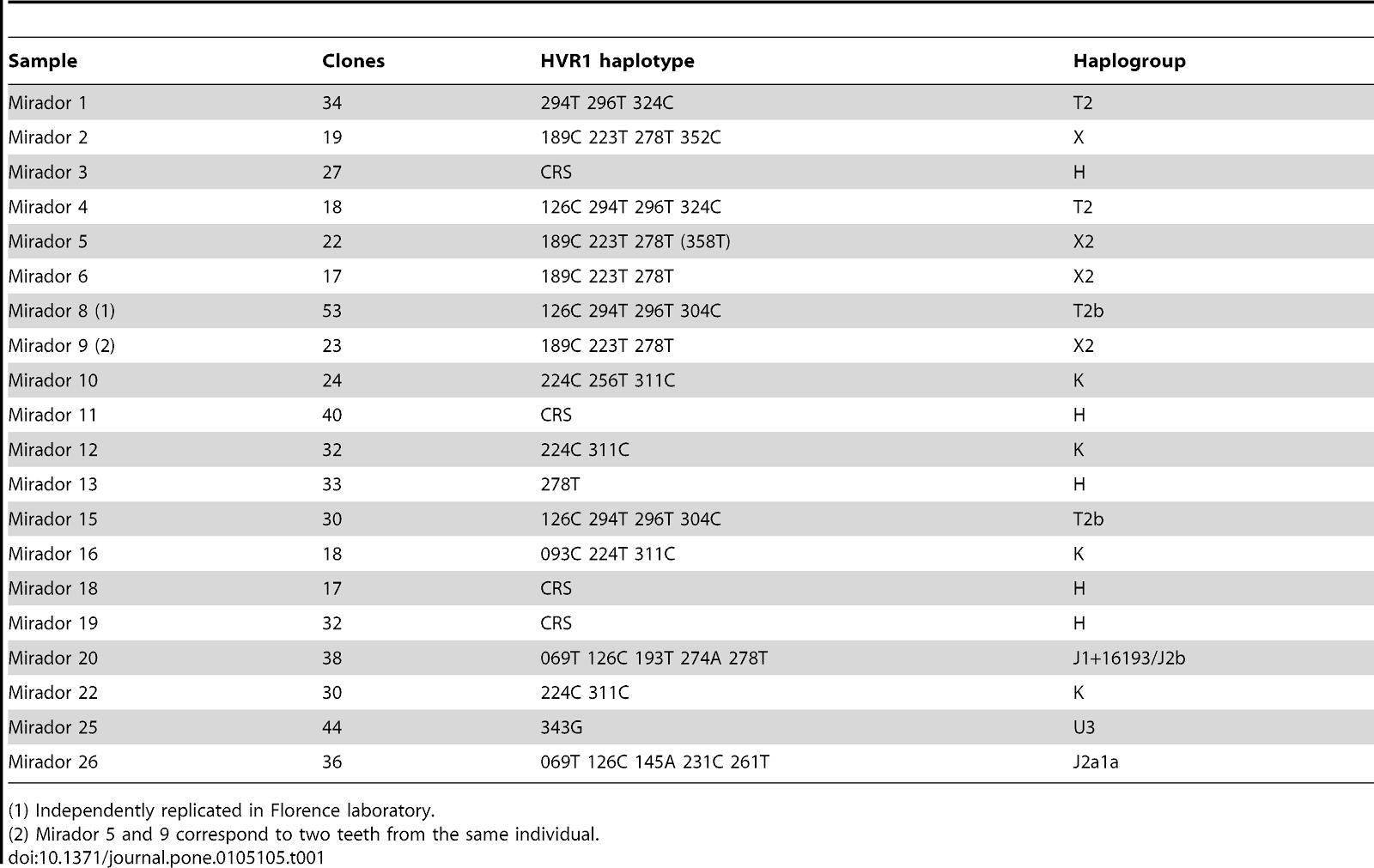 Posted by bellbeakerblogger at 12:18 AM