If you have read this blog for a while, you know that I feel very comfortable with the probability that the pre-Bell Beaker phenomenon has its origin in Neolithic Subpluvial of the African Steppe.

Today, I'm going to cover Apel's work on the transmission of "bifacial thinning using pressure flaking" and then in a later post talk about the "Barbed and Tanged" arrowheads of the Heavy Pastoralist Wet Sahara.    I'll explain why the Bell Beaker arrowhead comes from here, not other places. 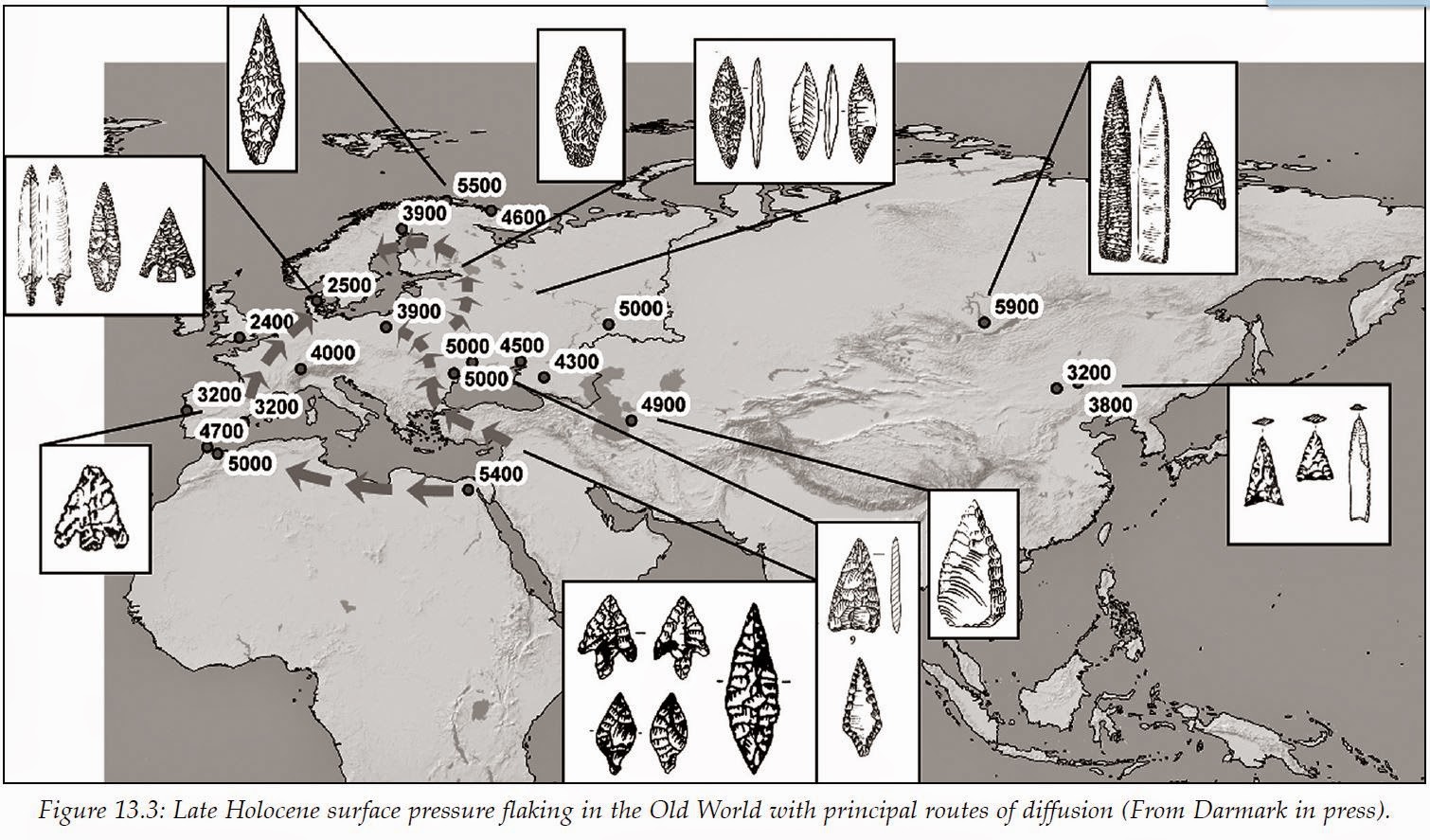 Jan Apel has a paper on pressure flaking I found a while back.  Although Apel is singularly focused on bifacial surface pressure flaking in this study, there are additional details to the Beaker projectiles that makes them very African.  But overall, as you can see and will read, the projectiles in the Western sphere correspond with the spread of the Bell Beaker phenomenon from Iberia and in the East it corresponds with the formation of the Single Grave Culture.*

Although the Corded and Beaker populations have similar learned male grammers, it is apparently a deep one and one that originates in the Northern Middle East and Eastern Anatolia.  (I will call it Euphratean)  The most important concept about male grammers is that they are transmitted from father to son.  (Think Y-chromosomal DNA, now consider the fifty DNA studies on Neolithic Europe)

I will cover typology and selection in another post.  I am also working on the genetics stuff, rewriting genetics page 1 and other things.


* there are some pioneering exceptions to this, both in Iberia and Central Europe.
Posted by bellbeakerblogger at 2:14 PM
Email ThisBlogThis!Share to TwitterShare to FacebookShare to Pinterest
Labels: Jan Apel, lithics, Neolithic Subpluvial