Christian Jeunesse says no.  Data points to a regular and widespread pattern of intrusion and individuality. 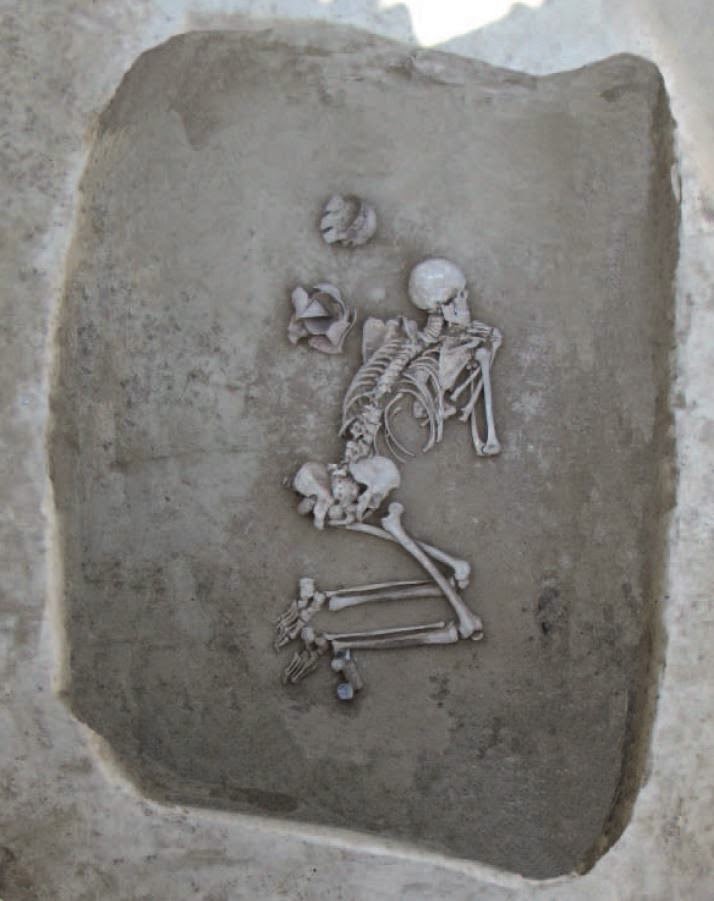 Summary : From the point of view of funerary practices, two large, broad provinces of the Beaker culture used to be distinguished : in the south (the western Mediterranean and Iberian Peninsula) and in the west (the Atlantic region) areas of the Beaker culture, the dead would be preferentially buried in reused pre-Beaker megaliths, while the domain of the individual grave falls in the eastern region. A closer examination shows that this division does not relect the prehistoric reality. Far from being specfic to the Atlantic-Mediterranean region, the reutilisation of earlier monumental tombs (megalithic chambers or tumulus) is commonly practiced throughout the Beaker area. This practice is simply more visible in the zone with the most monumental graves which corresponds to the southern and western areas of the second megalithism. A careful review of the available literature also shows that the southern and western zone produced, alongside reused megaliths, numerous lat individual graves, which in certain cases had been covered by a tumulus. This mixture of practices is attested in all the regions of the Beaker culture where monumental tombs existed. In the south and west, the predominance of reuse is only manifested by the great visibility of monumental graves. The traditional opposition between a large province where reuse was practised and a province where individual graves were used, therefore has to be abandoned. Before the beginning of the Beaker period, reuse had already been widely practiced in the Corded ware and Yamnaja cultures, posing the question of an eventual eastern origin for this usage.  In the Corded ware and Beaker culture, reused structures are not systematically monumental tombs, in a number of cases flat graves were reused. The reused funerary contexts were either old tombs, pre-Beaker or pre-Corded ware, or the first users of the tombs had the same material culture as the second users. In the first case, the chronological scope between the two users is very variable. The reuse can involve  monuments abandoned for many centuries as well as ‘living’ structures. The idea frequently advanced that Beaker period reuse hides the reality, particularly for the Iberian Peninsula, of a continuity both demographic and ideologically from the culture substrate, is equally open to discussion. Actually, the available data strongly support a hypothesis which, in contrast, places a greater emphasis on notions of intrusion or rupture. The corresponding scenario is illustrated by the cases of partial destruction and the emptying of older monuments. The fact that monuments are frequently abandoned for centuries before they are reused also supports this argument. Finally, it is important to underline that Beaker communities in general only placed a single burial in pre-Beaker funerary chambers. There is thus not a continuity with the previous practice of collective burial, but rather the placing of an individual burial within a collective tomb. The treatment of the dead therefore obeys the same rule across the whole of the Beaker field. In the south and in the west, this practice is clearly a rupture with indigenous use. Generally, this is merely a reproduction of the funerary system used in the Corded ware culture.