Out of Iberia and into Germany (Eurogenes)

There is now additional signals of Iberian influence in Northern Europe apart from mitochondrial haplogroups.

See Eurogenes:  "German Bell Beakers in the Context of the Prehistoric Near East" 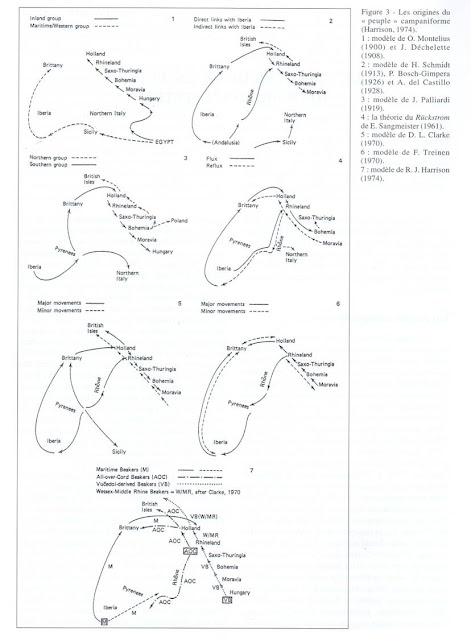 It'll be interesting to see the Iberian components as they come into focus.  One of the big questions I have is whether there is a presence of anything resembling an Eastern European like ancestry, or will we see something distinct that only later becomes more steppe-like after commingling with the Corded Ware?

See also [here],
Posted by bellbeakerblogger at 10:46 AM
Email ThisBlogThis!Share to TwitterShare to FacebookShare to Pinterest