Someone stop the DNA studies! 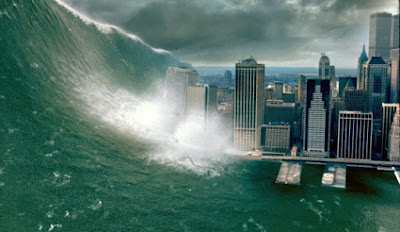 I rewrote this post because it was garbled on a confusing subject.  Let me try again.

I commented at Eurogenes that "El Sotillo" folk looked like proto-Basques and posted a link to some of those profile predictions from commentors at Eupedia.

Then Nirjhar007 posted this paper that literally just hit the wire concerning ancient remains in the Basque country going back to the Mesolithic.

Abstract
The Basque population inhabits the Franco-Cantabrian region in southwest Europe where Palaeolithic human groups took refuge during the Last Glacial Maximum. Basques have been an isolated population, largely considered as one of the most ancient European populations and it is possible that they maintained some pre-Neolithic genetic characteristics. This work shows the results of mitochondrial DNA analysis of seven ancient human remains from the Cave of Santimamiñe in the Basque Country dated from Mesolithic to the Late Roman period. In addition, we compared these data with those obtained from a modern sample of Basque population, 158 individuals that nowadays inhabits next to the cave. The results support the hypothesis that Iberians might have been less affected by the Neolithic mitochondrial lineages carried from the Near East than populations of Central Europe and revealed the unexpected presence of prehistoric maternal lineages such as U5a2a and U3a in the Basque region. Comparison between ancient and current population samples upholds the hypothesis of continuity of the maternal lineages in the area of the Franco-Cantabrian region.
http://www.nature.com/ejhg/journal/vaop/ncurrent/full/ejhg201724a.html


Which brings us to the formation of the Mesetan Ciempozuelos communities that were so confusing when I originally looked at Roth, 2016 [here].  Part of that question might now be answered if it can be shown that the Mesetans are a movement of people from the Pyrenees region (obviously they moved from somewhere).

In fact, if you look at La Sima burnt mound, then an interesting cultural mingling is possible.

If your not following any of that, let me put it in plain English, and one that may be soon relevant when interpreting the papers of Harrison and Heyd and Heyd's forthcoming paper.  Forget Maritime pottery for a moment and suppose that the AOC beakers in the littorals, especially in the Pyrennes region are sufficiently early enough that some cultural fusion occurred that produced the Ciempozuelos style.  Other possibilities exist with some of the other styles.

So that's all clear as mud, I may update again later..