I found a 2000 study by Laura Kagan (UCL) "The Horse in Late Pleistocene and Holocene Britain" which outlines the pile of horse bones in Britain.  The opinion of the author is that horses were re-introduced to Britain at the end of the Late Neolithic/Beaker period.
The Exmoor pony (Celtic Pony) may be something similar to what has been often described as the pony-like or tarpan-like horses of Beakers.  Either due to the lack of refinement or to its feralization, the Exmoor may be close to the real thing.

A work of a Mittle-Saale Beaker by Karol Schauer has one of these old ponies.  Ironic since immigrants came to Southern Britain from the region between the Middle Rhine and Elbe among others, maybe this very man and his horse. 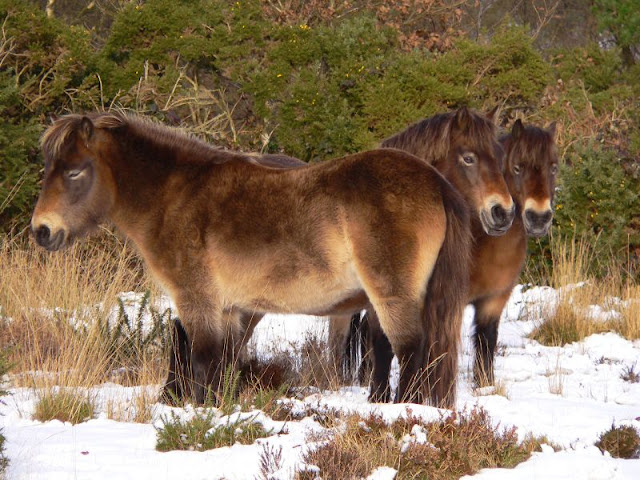 Posted by bellbeakerblogger at 2:35 PM
Email ThisBlogThis!Share to TwitterShare to FacebookShare to Pinterest